Wuerzburg, October 25, 2021 – The Wuerzburg-based software company Simplifier has received the highest award attainable in the Low Code / No Code category at the Vogel IT Awards 2021. This is the third win of the Platinum award for the eponymous Low Code Platform. Simplifier thus repeatedly prevails over the platform vendors identified as market leaders in the Gartner and Forrester reports.

Vogel Medien GmbH hosts the IT Awards since 2014. The awards – in platinum, gold or silver – are given to the nominated companies by the seven “Insider” portals. This year, more than 64,000 readers voted to determine the best IT manufacturers and providers in the fields of BigData, data center, development, cloud computing, network infrastructure, security and storage. Low-Code has been part of the award ceremony for four years in the category Low Code / No Code. Receiving the Platinum Award this year marks the third time Simplifier has achieved the highest possible honors – a remarkable run of success for the software manufacturer.

“I am very excited that Simplifier has received the Platinum IT Award again this year. Being voted top of the low-code category again by the community shows us that we not only know the needs of the market and our customers, but also meet them. We are especially proud of this,” said Reza Etemadian, co-founder and CEO of Simplifier. 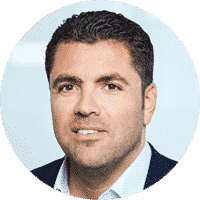 This year, the Wuerzburg-based company prevailed over ServiceNow and Appian. Both low-code platform vendors, as well as Mendix and OutSystems – last year’s co-finalists – are named as market leaders by Gartner and Forrester as well.

The core product honored at the IT Awards is the Low-Code and Multi-Experience Development Platform Simplifier. It enables the simple and straightforward creation of integrated business and IoT applications while offering the three key characteristics that companies need to boost their digitalization: Implementation Speed, Efficiency and Sustainability. “The award very clearly underlines the relevance of low-code as a cutting-edge technology. Low Code has already become established at many companies as a way of implementing a wide range of digitalization projects. This is something we are looking forward to further advancing with Simplifier,” Etemadian continues.

Low-Code acts as a bridge between IT and the business departments and thus enables employees to create applications where process expertise and know-how can be found – in their own departments. Accordingly so-called citizen developers can create applications independently or adapt existing apps, even without in-depth programming and development skills. Applications no longer must be built by the IT or development department. The company’s own professional developers still take responsibility of development-critical issues such as app and user management, integration of existing systems, or even the deployment processes between the various instances. The combination of different capabilities is precisely what makes low-code platforms both efficient and valuable.

As a purely web-based low-code solution, Simplifier does not require any installed software for the creation of applications. All the user needs are a computer with Internet access and a browser – and they are ready to build apps. This unique selling point allows applications to be built in the clearest and uncomplicated way possible. Simplifier thus provides companies and users with a tool that covers the entire application lifecycle, from creation and integration to management and deployment, as well as automated testing, maintenance and optimization – everything within a single platform. Recently, in September, the software company released Simplifier 6.5, the latest version of its low-code platform which allows application creation in both SAP and non-SAP environments to be accomplished even more easily. Offering numerous redesigned and new features, the platform optimizes user experience, enables even more intuitive operation, and ensures maximum time savings and efficiency when building applications to digitize business processes.

At Simplifier, the entire team works hard to consistently evolve the eponymous platform and its solution offering, providing the foundation for the company’s value proposition and, ultimately, its users’ success.

“We owe the renewed Platinum award to our customers, partners and the entire community, but especially to our dedicated team. Our employees embody our vision and ensure that Simplifier, our low-code platform, is used to the fullest by our customers and partners to achieve successful digitization,” emphasizes Etemadian.