After being so happy about winning the award last year, we decided to continue celebrating in 2019 by receiving another one

“Talk is silver, silence is gold…and providing a convincing low-code platform – that is platinum”. Thus, it is understandable that winning awards is a must for Simplifier: And Simplifier has won Platinum at the Vogel IT Awards 2019 once again. For the second time in a row.  #AWESOME

It became very clear: Our web-based low-code platform convinces users in enterprises, since it offers sustainable support with the implementation of their respective digitization strategies.

Apparently, the jury – in this case consisting of almost 40,000 Insider-portals readers – . was of the same opinion and voted for us. Thank you very much!

It was an honor for us being nominated for the Vogel Media´s IT Awards 2019. Having won again in “our” category makes us especially proud.

Saying that the competiton was huge, is definitely not an overstatement. We managed to win against no others than OutSystems and Zoho.

(Surprsingly, Mendix had not been among this year´s finalists.)

Honor to whom honor is due 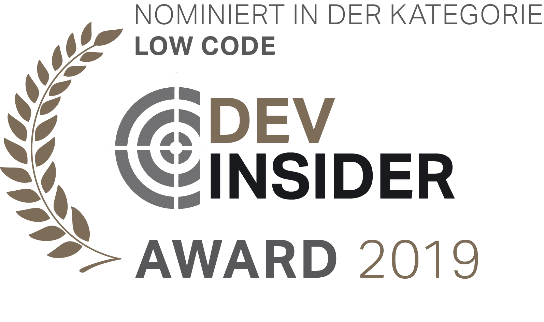 Well, a couple of days ago the time for the event had finally arrived: At the Hotel Drei Mohren in Augsburg we were waiting for the results.

When the good news were fnally announced, our Head of Marketing Erik Hufeld  was basically speechlees from joy. Nevertheless, he found some appropriate words: “This award has a special meaning to us. It underlines the awareness for Simplifier in the german-speaking area when it comes to deciding on a low-code platform. Moreover, it confirms our market position”. 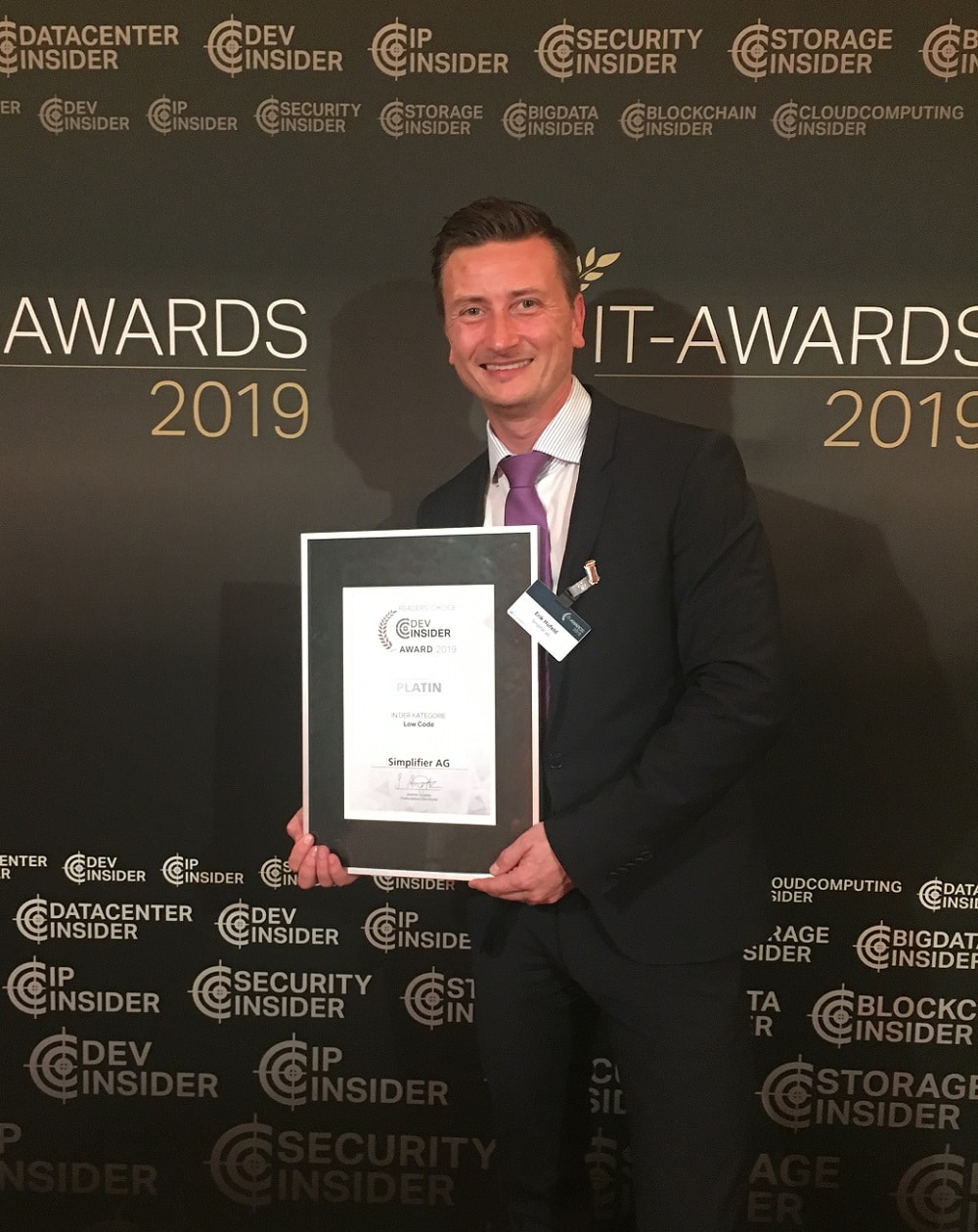 The only reason, though, why we are able to provide this technology is because we have a wonderful and very smart team: “I would like to say thank you to  everyone at the Simplifier AG. Without them, the Simplifier technology would not be in its current position”.