The Mother of all UI5 Apps

Home/news/The Mother of all UI5 Apps

The Mother of all UI5 Apps

A UI5 app, that generates UI5 apps or: the Simplifier.
Why do you need it? To revolutionize the world of software development!

UI5 is a design framework provided by SAP. It includes elements of the user interface, that some might think is a bit old fashioned, in SAP applications. But with the focus on user experience, UI5 libraries were created with a large number of defined UI elements. SAPUI5 is the licensed version with OpenUI5 the being the free version. The framework relies on user-friendly elements so that clearly structured, neat and easy-to-use applications should be the outcome at the end of a UI5 development process. It is more and more common to think that business software should not only depict operational processes, but also supports the user actively. Consequently, applications that are built with fun in mind are highly popular in the business environment encouraging more user utilization. We all know this from our own experience. Applications that can’t be easily understood and used quickly aren’t accepted. With UI5, SAP is taking the path that many software providers have already gone: the path to a more user-friendly product.

We come from the SAP world and long before the Simplifier or the idea of a platform for configured IoT-applications and system integration ever existed, we thought that it was time for reasonably designed SAP applications. Apps, which are easy to use due to their optics and don’t disturb the user by the sheer number of control elements.

When UI5 was first released, we were there. iTiZZiMO has been a UI5 fan from the beginning. Not only because many of our customers are SAP users and they want to remain true to their system, but especially because we really believe that SAP has created a modern and robust framework with UI5, which is excellently suited for many purposes. But even SAP hasn’t succeeded in creating a miracle weapon with UI5 for all purposes of software development. Nevertheless, SAP has given us with platform independence and supported the basic idea of the Simplifier. A UI5 application can be run online or offline, apps or mobile websites – with UI5, it’s no longer a design problem because of many predefined controls.

Smart glasses and UI5: Not the best fit yet

Although we are UI5 fans, the implementation with this framework has presented us occasionally with real problems. As Enterprise Mobility, especially in the context of data gadgets, became more important to us. UI5 showed its weak point. Because of the complexity of the generated code, there are many application possibilities, but have become bloated. The more content an application has, the more complex the code. A relatively weak end device (like smart glasses or a smartwatch) can be forced to its knees. And that doesn’t help anyone. No matter how well arranged an application is, if it doesn’t run smoothly, it won’t be used by the users that we seek to serve in the first place..

Devices are becoming more powerful in the meantime, but UI5 is more suitable for tablets, smartphones and desktop applications. Luckily for us and many other software providers, there are other possibilities for wearables, e.g. Angular.

When we came up with the internal idea of developing a technology that allows integrated applications to be configured, we diligently used SAPUI5. The Simplifier in its current form is the result.

The dashboard, especially with its tiles appeals to UI5. Although the framework was really helpful, we had to create additional elements. UI5, as the name suggests, is a framework for user interfaces and therefore affects the design of applications. But a successful application requires more than a nice and user-friendly look. We needed some process logic and we wanted it to look like a UI5 control.

So our developers have created the Process Designer: here, the application comes to life, navigation is possible with actions and their results being defined – all on a graphical interface with drag & drop. Therefore the graphical user interfaces created in the UI Designer, can be provided with the necessary logic creating a highly usable application.

Would you like to test the UI5 capabilities yourself? No problem, click here to save your own instance.

Our Simplifier was chosen as one of the Top5 UI5 apps within the scope of the UI5 Conference in Frankfurt. They especially liked the many custom controls as well as the professional approach. We are of course pleased that our work has sparked so much enthusiasm in the community.

It’s not just us who recognized the advantage of standardized design at business software. More and more of our customers rely on UI5. So here is an example of how the framework works in a real application. 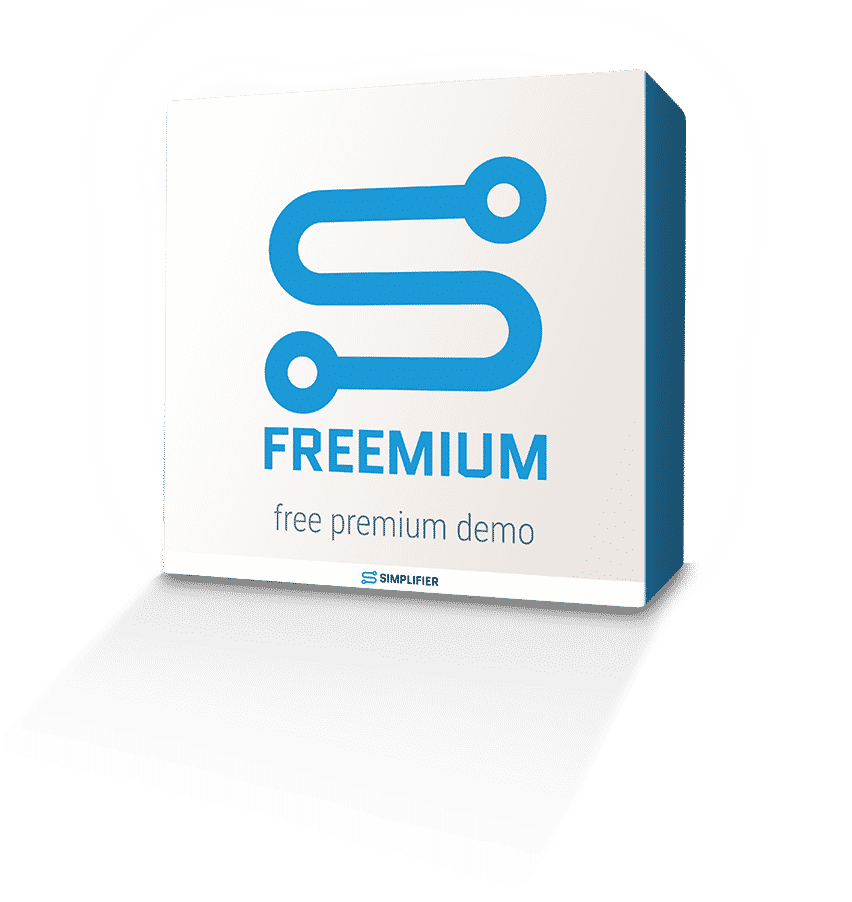 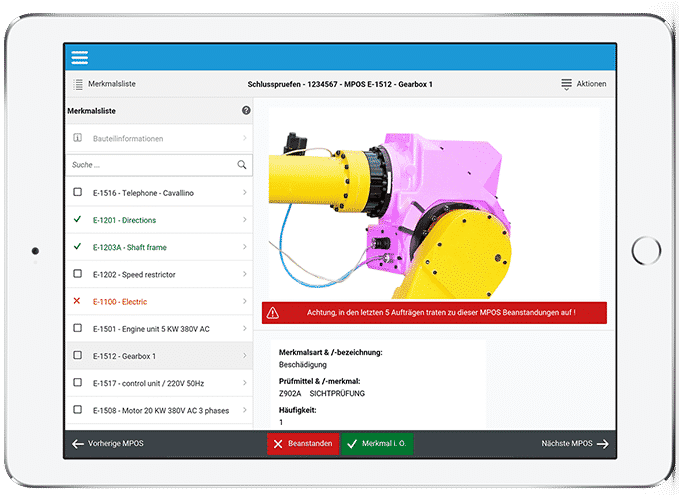 Quality Control in the UI5 design

The examined component presents itself clearly structured in the middle of the page. On the left side, there is a list of all inspection points that have to be checked. Therefore, nothing can be forgotten. And of course all data are stored back into the connected ERP system.

When looking back at the development of the Simplifier we are compelled to offer many thanks to SAP. Without SAPUI5 the Simplifier wouldn’t exist in its actual form and many of our customers would have to deal with the complicated SAP interface instead.